These thoughts are also published on Goodreads.

Just finished a decent little book called Bayes’ Rule, by James V. Stone, which introduces the reverend Bayes’ seminal contribution to probability theory. It’s aimed at the complete novice, a little lower than I was hoping for personally, but useful nonetheless thanks to the plentiful real world examples. It’s a bit short; each chapter is around 10 pages with relatively large font, which makes the content easy to consume, but could have been just as well represented through a series of blog posts. Stone also makes it clear he wants to avoid jargon, but some of his explanations become opaque and obscure without it, and he often forgets his own rule and uses language without introducing it.

Would recommend to an undergrad just starting out with Bayesian Analysis, who is perhaps struggling with the conceptual understanding. But get it from a library, as it’s a little brief for the price. 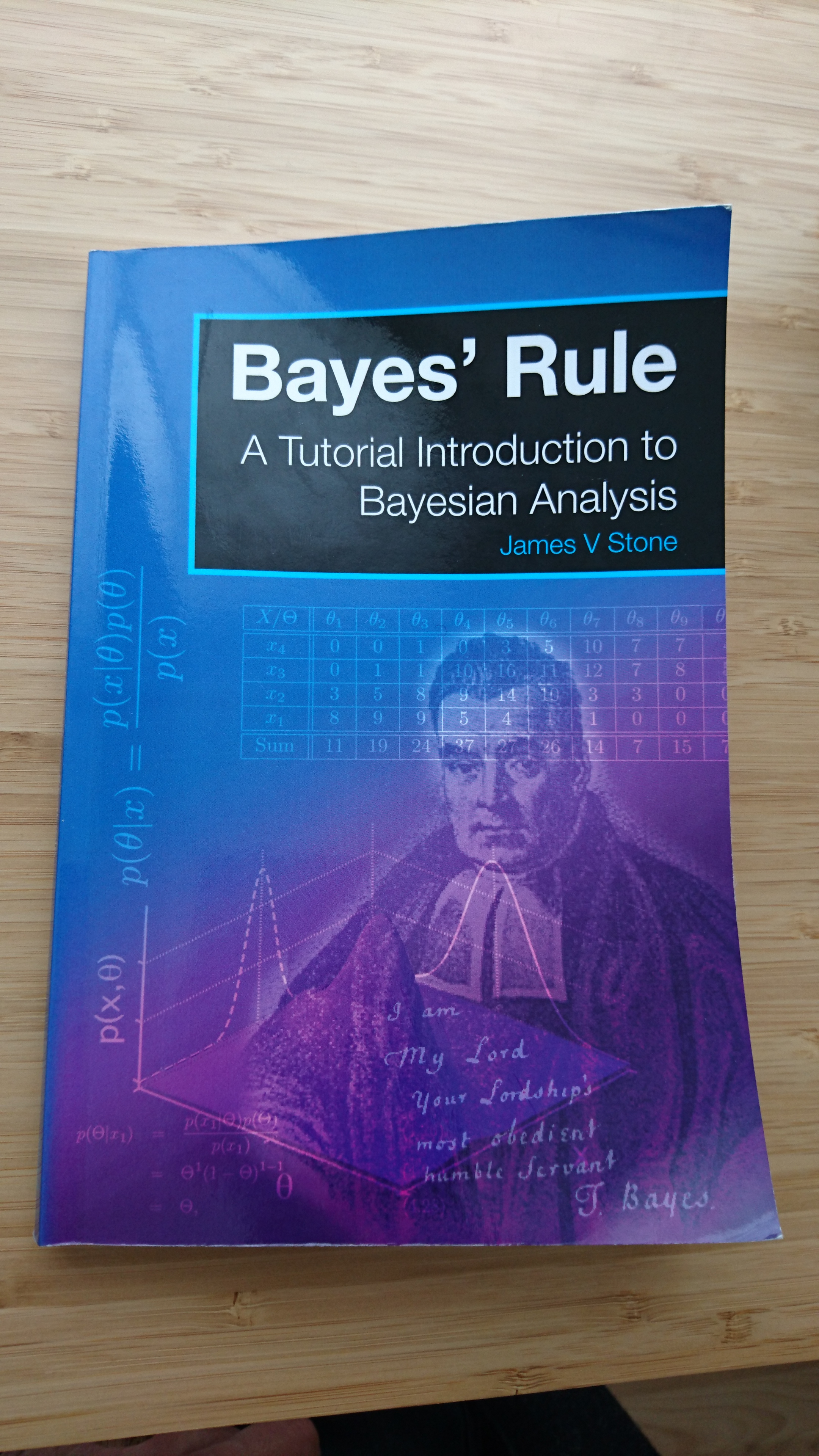 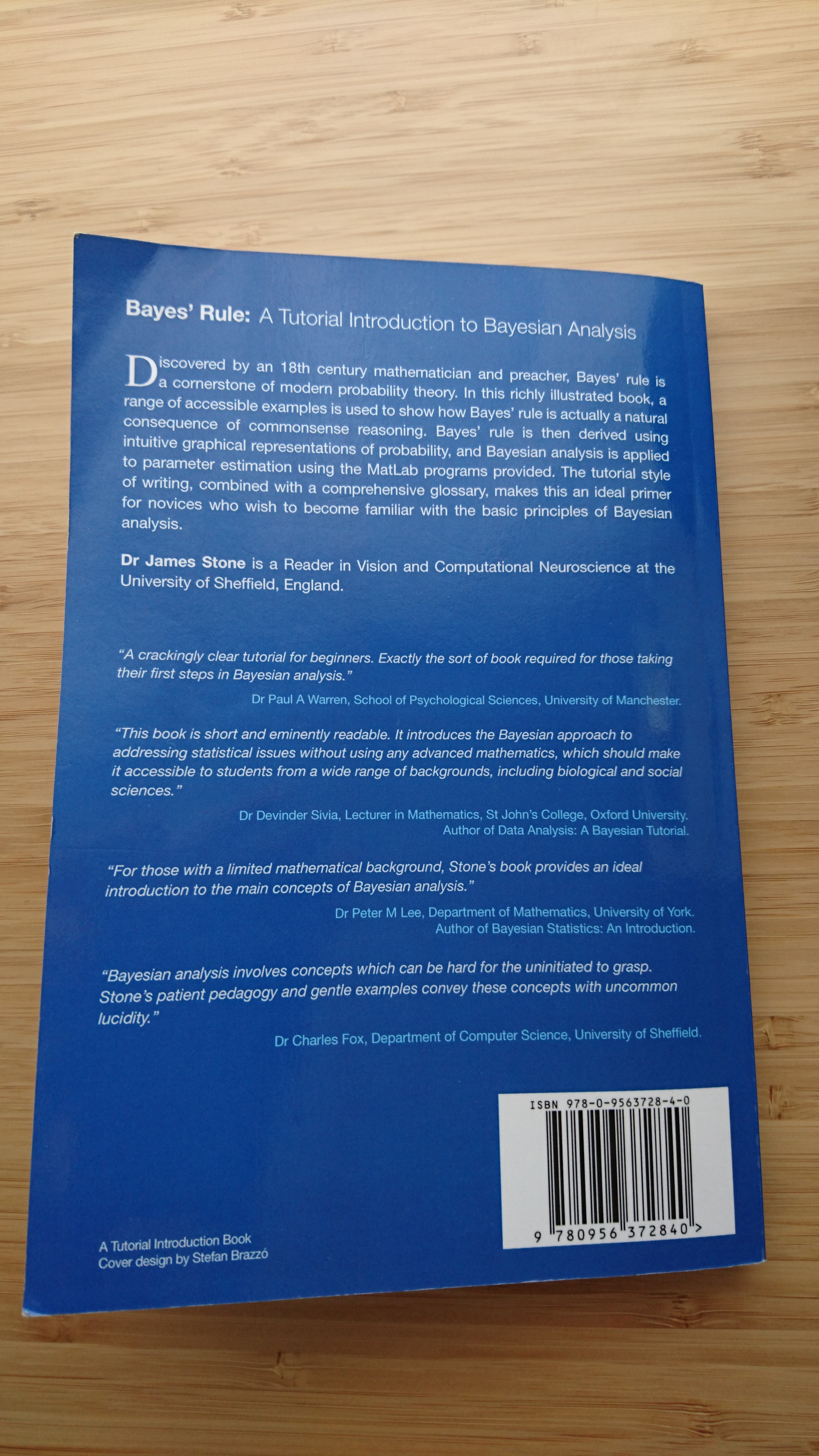