Last Friday was my first day at Sussex University, and my first appointment was a 2 hour lecture on becoming an Associate Tutor. All postgraduate students in the school have the opportunity to become tutors, whose duties involve helping in workshops, laboratories, and with marking. However before getting stuck in we have to complete a few sessions to help bring us up to speed on what to expect and good practice. As part of this, we were given some background reading, and of particular interest was an article written by the founding dean of the school of Mathematical and Physical Sciences, Roger Blin-Stoyle.

The article is titled The Idea of a New University: The School of Physical Sciences, and it’s a fascinating read. It was written just a year after the launch of the new school, and details the foundations of the undergraduate curriculum. In particular, he speaks vividly of a new style of curriculum, borrowing elements from the Oxbridge old-school, as well as new contemporary ideas in higher education, many of which had not been tested in a live setting. This model is, from my experience, still in use in UK higher education institutions today. It combines small tutorial groups with lecturing and practical work, striking the balance between economising education and actually making it enjoyable and worthwhile for students, as well as teachers. 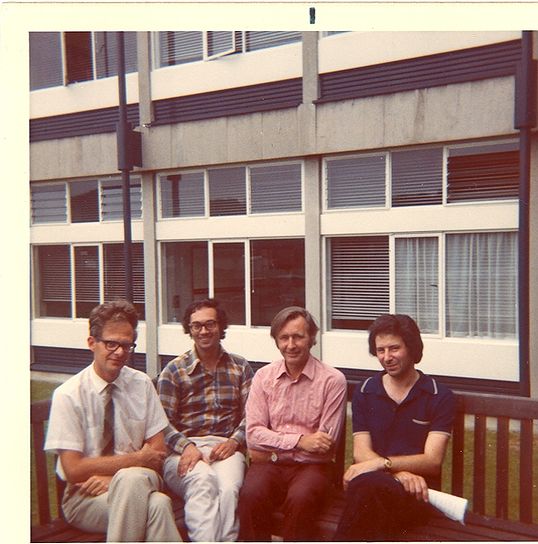 He begins by outlining two guiding principles to which all students of physics should aspire: Understanding and Inquiry. Understanding, he explains, is achieved through the interpretation of,

This leads students of science from all disciplines to the very frontiers of their subjects, and inevitably to areas where they overlap with other sciences or other disciplines. I am a great believer in the benefits of this behaviour, in mixing backgrounds and ideas from different subjects; it leads to novel approaches to problems, and can help researchers to escape the bubble of their specific field that they may often find themselves in. Also, the underlying mathematical constructs of a given field are often readily transferable in isolation. As Roger puts it,

“The borderlines between the different sciences are diffuse”

His second identified principle is that of Inquiry, in particular an instilling of such a spirit in students as a core aim. The examination led format of pre-university education that Roger bemoans is still very much at large in today’s system, and is a mode of learning that I found particularly difficult to break in the first few years of my undergraduate. However, once I did, the freedom and flexibility afforded me really kick started my appreciation for the subject - my enjoyment of learning really started from this moment. So, it is another principle that I can attest to personally.

The conclusion goes on to identify the many positives of a strong education in the sciences, for students in their lives after academia (unless they’re mad enough to stick around), and for society in general.

All of them should be aware of the role of science & scientists in the life of the twentieth century.

This statement is even more true today than it was then; technology, the most tangible product of scientific progress to the wider public, is creeping in to every aspect of our lives. The moral questions surrounding the scientific breakthroughs of the 20th century, on nuclear disarmament, militarisation of space, or antibiotic resistance, are still around today, but are being joined by a host of new issues: global warming, the AI singularity, and data privacy for example. These issues require not only attack from experts, but also general understanding and appreciation of the risks across the whole of society, to build consensus and avoid panic or misjudgement. Undergraduates in all sciences that go on to different careers should be equipped with this understanding and appreciation.

We don’t start teaching for a few months yet, but I am already nervous and excited to begin - it’s a pretty terrifying responsibility! However, I hope to keep in mind Roger’s guiding principles, and continue the good work he started over 50 years ago.

I’m not sure I’m allowed to share Roger’s extract; I will check and post here if so. You can read more about his life, and his significant achievements in the nuclear sciences, here.