The director of everyone’s favourite morally dubious crytographic government agency, GCHQ, has released a little brain teaser along with his Christmas card this year. I assume this is a means of keeping you preoccupied for at least 5 minutes over the holiday season whilst they read through your emails.

I’ve solved the first part, which cleverly leads on to the next part of the puzzle. If you want to have a go, the grid and instructions are shown below. If you’re lazy, you can just click the image to link to the solved version, but if you’re lazy, you probably don’t care.

In this type of grid-shading puzzle, each square is either black or white. Some of the black squares have already been filled in for you.

Each row or column is labelled with a string of numbers. The numbers indicate the length of all consecutive runs of black squares, and are displayed in the order that the runs appear in that line. For example, a label “2 1 6” indicates sets of two, one and six black squares, each of which will have at least one white square separating them. 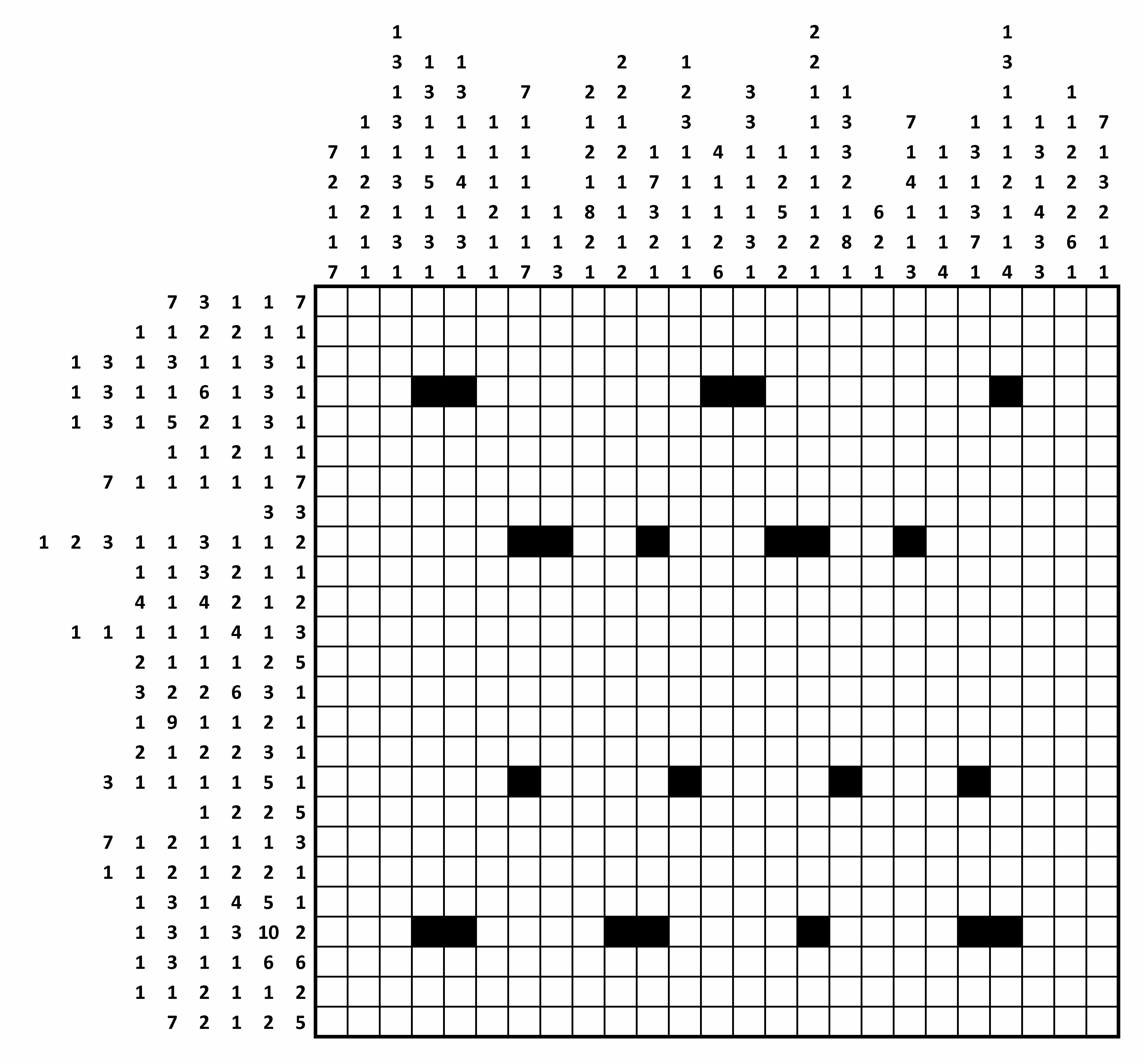